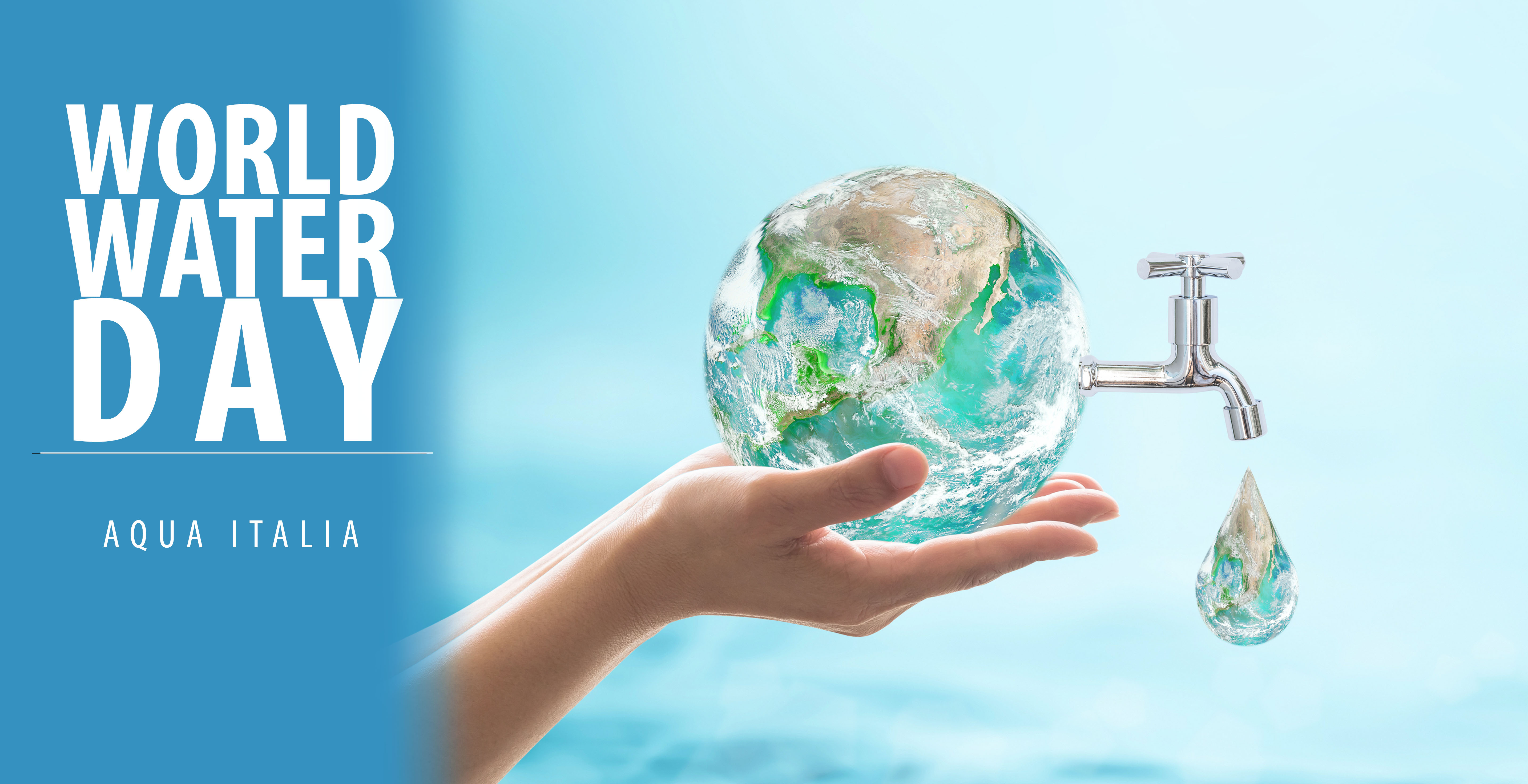 Aqua Association Italy, Federated SOUL-Confindustria, on the occasion of the World Water Day celebration highlights how drinking water at zero km is the best choice for our country green.

Cade regularly every 22 March The event established by the UN in 1992: the World Water Day. During this day it raises awareness about the critical issue of water. All, in fact, can contribute your bit to make the most of local water resources, enhancing the territory and significantly decreasing the emission CO2 due to water transportation as well as the production and disposal of PET.

Just move in this direction more and more Italians who choose every day to drink tap water, treated and not, at home, in a restaurant or at Kiosks sourcing municipal water: from Telesurvey 2016 realized for Aqua Italy, in fact shows that more than two thirds of households, the 71,8%, choose the water at zero km and almost one in two people, always or almost always declares to drink ‘ «(44%).

What are the reasons why Italians prefer tap water compared to bottled cousin? The first reason is the comfort never having to carry crates of water from the supermarket back home, (28,6%, was in the 22,5 2014). It also increases sensitivity to safety, The 20,4% of respondents in fact says he prefers the mayor’s water because this is subjected to more controls than bottled water (it was in 17,5 2014). The other reasons are: goodness Water (26%), lower cost (17,6%), attention to the environment (11,3%) and finally the possibility of having a taste tailored (4,8%).

He also contributed to the change of the great success Kiosks Water, Modern evolution of ancient fountains. To know the service is the 67% of Italians today, it was in 58 2014%. Moreover, now the 42% of the respondents live in a town that offers this service to citizens.

Another encouraging fact about the water consumption in treated bars and restaurants: The drinks already 22,3% of respondents would drink and, if offered, the 50,6%. Since 2010 now has been, in fact, it increased by those who use it almost 22%.

Use the cookies that EUROTROL S.P.A. provides, including third party cookies, in order to browse safely and obtain the best possible service in accordance with the regulations concerning privacy.

This website uses cookies to improve your experience while you navigate through the website. Out of these, the cookies that are categorized as necessary are stored on your browser as they are essential for the working of basic functionalities of the website. We also use third-party cookies that help us analyze and understand how you use this website. These cookies will be stored in your browser only with your consent. You also have the option to opt-out of these cookies. But opting out of some of these cookies may affect your browsing experience.
Necessary Always Enabled
Necessary cookies are absolutely essential for the website to function properly. This category only includes cookies that ensures basic functionalities and security features of the website. These cookies do not store any personal information.
Non-necessary
Any cookies that may not be particularly necessary for the website to function and is used specifically to collect user personal data via analytics, ads, other embedded contents are termed as non-necessary cookies. It is mandatory to procure user consent prior to running these cookies on your website.
SAVE & ACCEPT